Unfair labor practice charges could get out of the courts 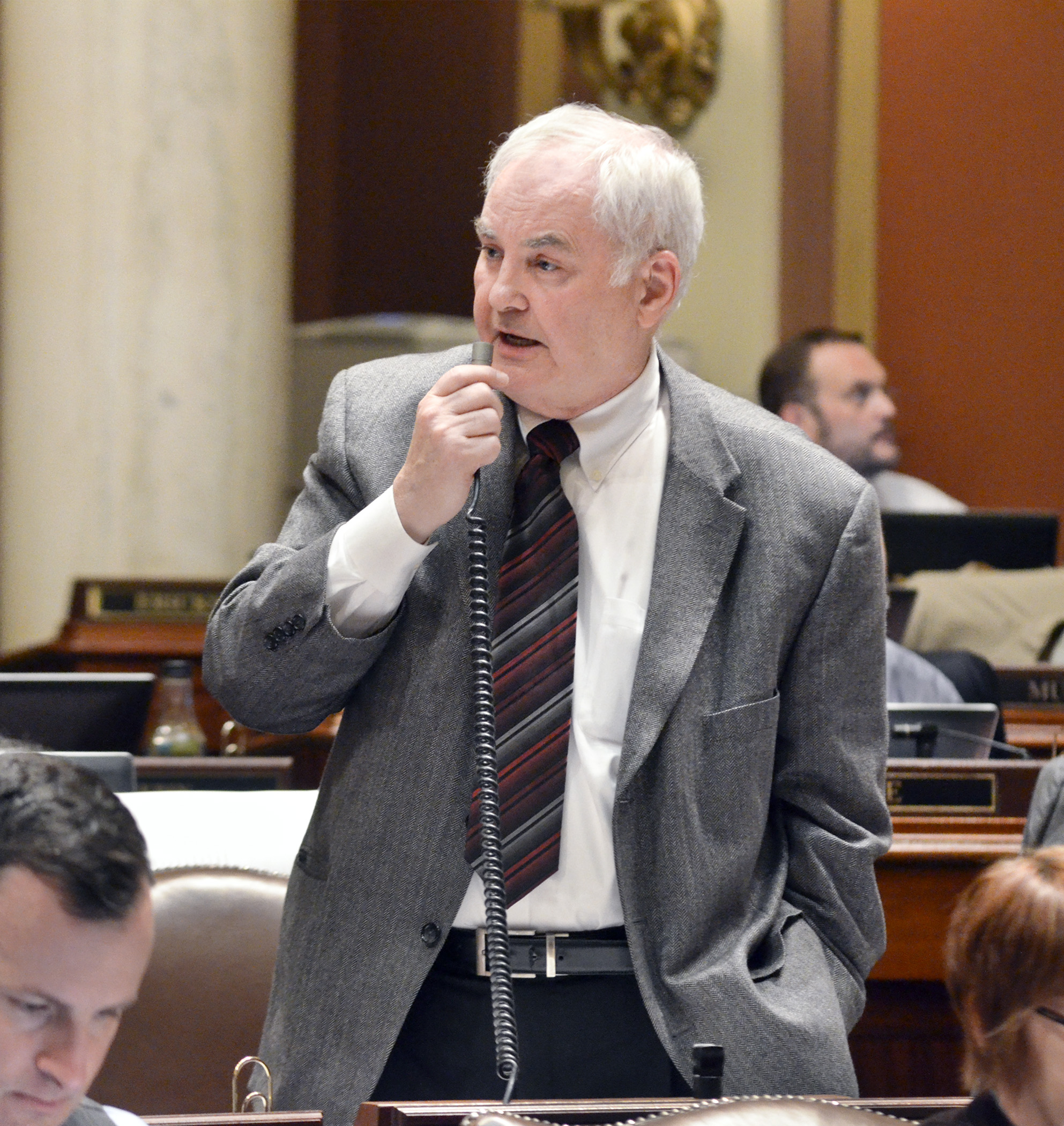 Rep. Lyndon Carlson Sr. presents HF3014, a bill that would create the Public Employment Relations Board, on the House floor April 7. Photo by Andrew VonBank

Rep. Lyndon Carlson Sr. (DFL-Crystal), who sponsors HF3014, said Minnesota is one of three states where unfair labor practice claims are resolved by the courts, rather than administratively.

Passed 74-59 Monday by the House after more than 3-1/2 hours of debate, the bill now heads for the Senate, where Senate President Sandy Pappas (DFL-St. Paul) is the sponsor.

“This would only apply to public employment, not the private sector,” Carlson said. “Private sector employees are covered under the National Labor Relations Act.”

A three-member board would be created, under the bill. One member would come from a public employee union, another would come from the employment side — both appointed by the governor — and a third person would be chosen by the other two. Alternate members would also be appointed in case of a member having a conflict of interest with a case.

An amendment unsuccessfully offered by Rep. Mike Benson (R-Rochester) would have required that board members and alternates “have completed necessary training to be a qualified neutral” party.

Rep. Joyce Peppin (R-Rogers) said she finds it hard to see how board members with no legal or mediation training would be authorized to issue a state finding of fact. “There is no requirement anywhere in this bill that there should be a neutral judge. That should be offensive to every one of us. … Frankly, this looks a lot like a kangaroo court to me.”

The board would be created by July 1, 2014, and $125,000 would be appropriated for fiscal year 2015 to cover establishment costs and rule promulgation, Carlson said. “The board would begin processing charges as of July 1, 2015. In the meantime, it would develop a budget request to the 2015 Legislature.”

Carlson said the bill, supported by nearly all public-employee unions and Minnesota Management & Budget, would create a faster resolution at a lower cost.

“The current practice of bringing charges through the district courts is very expensive, cumbersome and time-consuming. Individuals or organizations bringing charges need to hire attorneys, and the typical cost is $50,000-$75,000, and it can take years to get a decision,” he said. “When the unfair labor practice is handled administratively, the party bringing the charges does not have to have an attorney and typically spends around $5,000 to bring a charge. … In states that use the administrative system like this, most charges are either settled or dismissed for a lack of merit at the investigation stage before they even go to a hearing.”

Carlson said the National Labor Relations Board uses the less-expensive administrative process for unfair labor charges in the private sector.

“It’s a system that will work,” Carlson said.