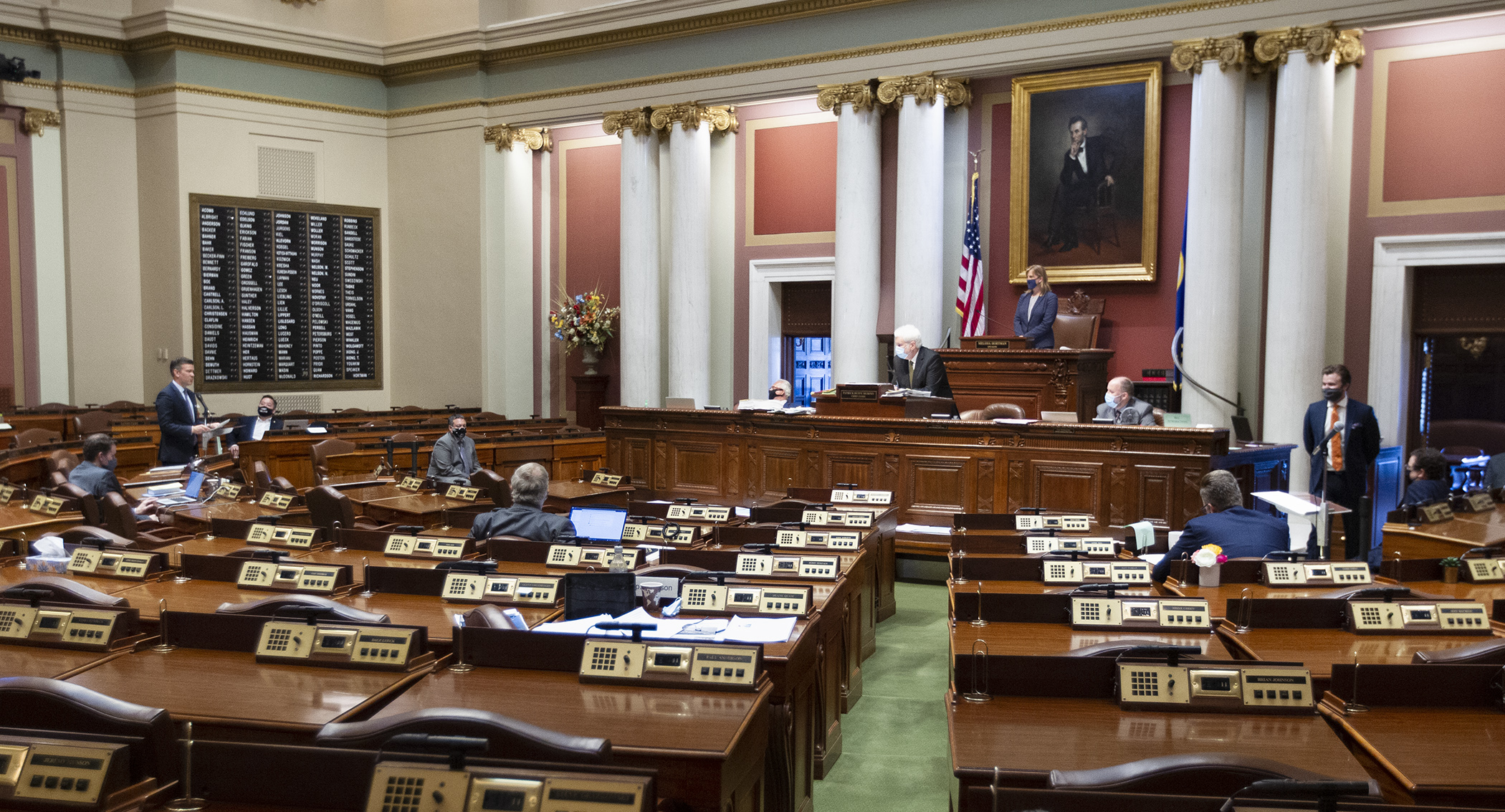 Members on the House Floor listen July 20 during discussion of HR1, which would declare racism a public health crisis. Photo by Paul Battaglia

However, she said “behind the mask of Minnesota Nice” the state currently is one of the worst — if not the worst — when it comes to disparities between races in areas such as income, employment, housing and education.

She sponsors a resolution passed 82-40 by the House Monday that declares racism to be a public health crisis in Minnesota. The governor and the Senate are encouraged to adopt similar resolutions.

“We must confront the reality that inaction, indifference and systemic racism has harmed generations of indigenous, Black, Black-Mex and Asian Minnesotans,” Richardson said.

The resolution further calls upon the House to “actively participate in the dismantling of racism” in other ways, including:

“Each of us as an individual member, but certainly the House as an institution, can do so much more to understand the way that this institution continues to perpetuate inequality and to make sure that as we move forward through the next election cycle and creating the next House of Representatives, which we remake in certain ways every two years, that these questions of equity and racism are at the heart of our policymaking as an institution,” said House Majority Leader Ryan Winkler (DFL-Golden Valley).

Rep. Ron Kresha (R-Little Falls) expressed concern about what is not in the resolution.

For example, at one point the resolution says that racism is complex, but then it tries to “encapsulate racism,” which he views as impossible. “This body cannot define the impact or dimensions of racism with a simple majority vote and words on paper.”

Kresha, who was one of several members to pass on the vote, also said the resolution has an unintended consequence of trying to divide the House instead of unite.

“One of the best solutions to combatting racism is to have conversations and build shared experiences, allowing people to realize the challenges, difficulties and obstructions that exist in different communities,” he said. “This resolution is forcing an opinion based on words; this resolution is forcing members to decide whether they agree with all the words on a page rather than how to actually solve the real-world issue.”