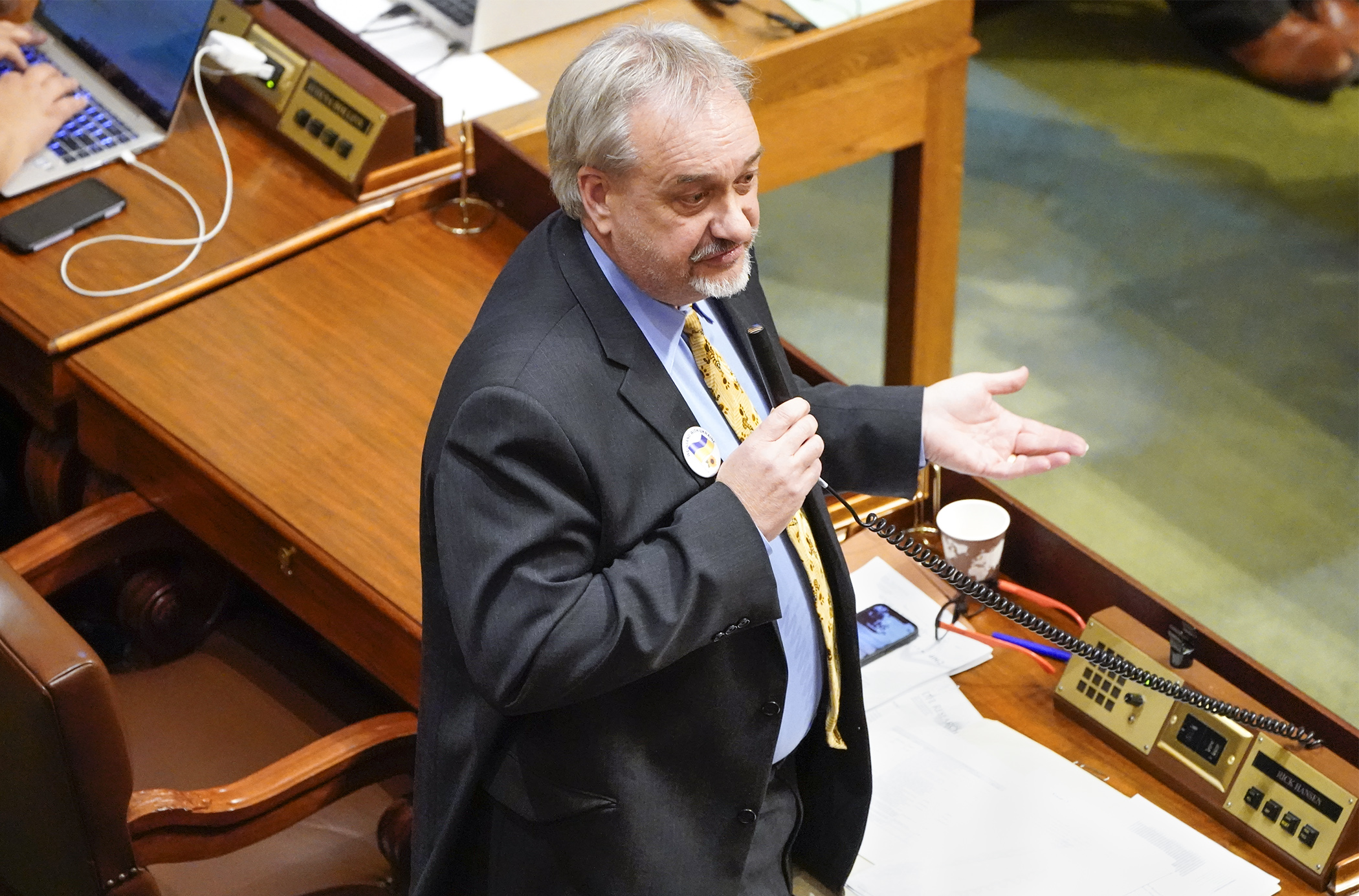 Following the 70-59 vote, HF4492/SF4062*, as amended, next goes back to the Senate, which passed its version 37-29 April 21. A conference committee is expected to be needed to work out the differences.

Sponsored Rep. Rick Hansen (DFL-South St. Paul), the bill contains fiscal year 2023 supplemental budget appropriations for the Pollution Control Agency, Department of Natural Resources, Board of Water and Soil Resources and other organizations. It also includes statutory and other changes related to the environment and natural resources, including the DNR’s policy and technical proposals.

The bill would also create a Minnesota Outdoor Recreation Office with a $1.75 million appropriation.

“I think this bill is kind of a huge, missed opportunity,” said Rep. Spencer Igo (R-Grand Rapids), who offered a pair of amendments, one adopted and one that was ruled out of order. “This bill, I think, is spending somewhere around $260 million and a lot of the money is just kind of getting spread about to public policies and programs that may or may not work. We don’t really know. But what I do know is we could have taken some steps for some policy that could have started making a difference a little bit more, a larger, global scale.”

Major appropriations to the Board of Water and Soil Resources include:

Major appropriations to the DNR for fiscal year 2023, unless noted, include:

As Hansen has noted, the bill would also right past wrongs in reinstating funding to the Metropolitan Landfill Contingency Action Trust and would increase the percentage of the lottery in lieu tax to go towards the environment. Hansen said the tax, which is a percentage of sales of lottery tickets, originally had 97% dedicated to the environment.

The percentage was previously cut to 72% with the remainder of the tax going to the General Fund. The bill would reinstate the percentage at 97%.

The bill would add provisions to combat chronic wasting disease, including a requirement for white-tailed deer farms to test captive deer for the disease. It also would prohibit importation of farmed deer from areas where the disease is found and transfer the authority to the DNR.

“We’re not blaming the farmers,” said Rep. Rob Ecklund (DFL-International Falls). “We just want to work with the farmers to make sure this is done right. I have no desire to shut down the cervid industry. It can provide valuable input to our economy around the state, but let’s do it right.”

The bill also contains an article that would prohibit perfluoroalkyl and polyfluoroalkyl substances (PFAS) in carpet and textiles, cookware, cosmetics, juvenile products and ski wax.

“This is a prevalent chemical,” said Rep. Ami Wazlawik (DFL-White Bear Township). “It’s pretty much everywhere at this point, in everyone’s bodies. It’s very toxic and harmful, and we’re making an attempt here to ban it in a lot of products so that we don’t have the continued negative health impacts and the environmental risk.”

Other major statutory changes would include:

An amendment to allow all legal firearms to be used during regular firearms deer season was not adopted after much debate.

“This doesn’t have to be a big partisan thing,” said Rep. Chris Swedzinski (R-Ghent), who offered the amendment. “I think this is just some common sense. Let’s modernize our laws, let’s allow people to have the choice, let’s let young people have the opportunity not to have a shotgun kick.”

Other amendments not adopted would have: