U of M athletics among differences in House, Senate omnibus higher education positions 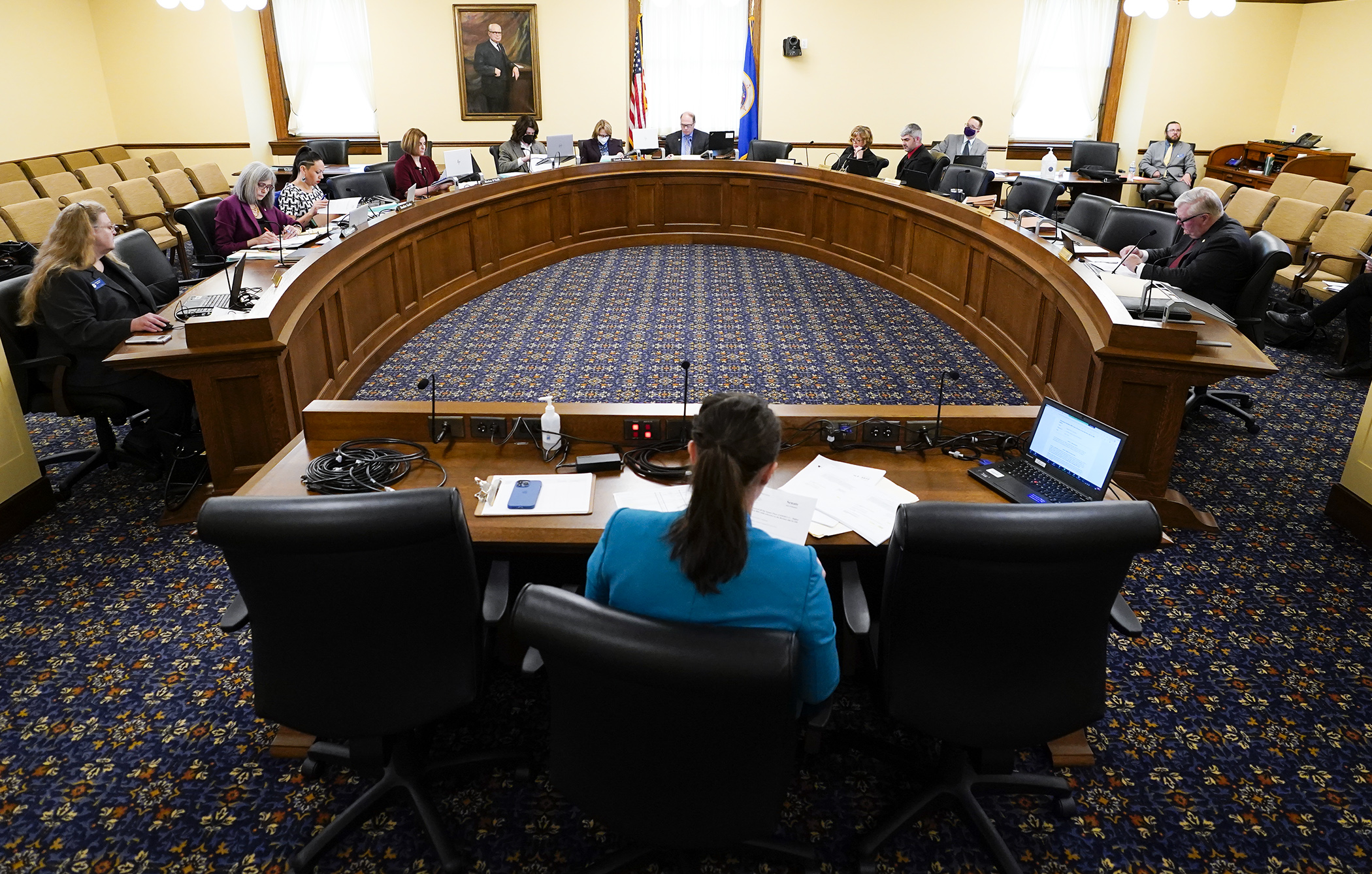 Members of the conference committee listen as staff does a side-by-side comparison of the House and Senate higher education omnibus bills during their first meeting May 11. (Photo by Paul Battaglia)

Higher education conferees appear to be rowing in different directions when it comes to taking a look at University of Minnesota athletics.

A Senate provision that would tie some legislative funding for the university to the establishment of a commission to review intercollegiate athletics generated much conversation at the first meeting of the omnibus higher education conference committee Wednesday.

Rep. Connie Bernardy (DFL-New Brighton), who sponsors HF3872, wondered about the Legislature’s ability to impose conditions — such as withhold safety money — for funding the athletics review commission. “How does that language comply with the constitutional autonomy that the University of Minnesota has?”

“This has been done before,” said Sen. Jason Rarick (R-Pine City). “It is something we absolutely have the right to do. And, there was a court case in the 90s that established that it, in fact, is the right of the Legislature as a body that appropriates money to put conditions on an appropriation.”

The Senate doesn’t want to impose the conditions, Rarick said, but it wants the Board of Regents to take up the matter of long-term viability of non-revenue sports, something being sought by many at the university. In October 2020, men’s gymnastics, tennis and indoor track and field were cut by the Board of Regents to save $1.6 million.

The House bill calls for a supplemental $100 million investment in higher education in fiscal year 2023: $46.9 million to the university, $28.71 million to the Office of Higher Education, and $24.38 million to the Minnesota State system.

Sponsored by Sen. David Tomassoni (I-Chisholm), SF3510 proposes $19.14 million in supplemental spending, $10 million to Minnesota State, $6.01 million for the higher education office and $2.45 million to the university. It would also allocate $24,000 to the Education Department to establish a skills path program to help high school students make careers in skilled work and the trades.

Called for in the House bill is creation of a grant program for state college students that would cover any remaining tuition and fees based on the recipient’s reported family income; establishment of a grant program to assist in creating or expanding postsecondary programs for students with intellectual disabilities; and a support initiative to provide grants and support services to help students who are parents or expectant parents.

[MORE: View the side by side summary]

Also controversial is a Senate provision that would allow online educational institutions not based in Minnesota to become eligible for state student aid associated with Minnesota students. Rarick said it is meant to provide flexibility to adult students looking for unique educational programs to suit their needs and schedules.

The conference committee plans to reconvene Thursday for public testimony.