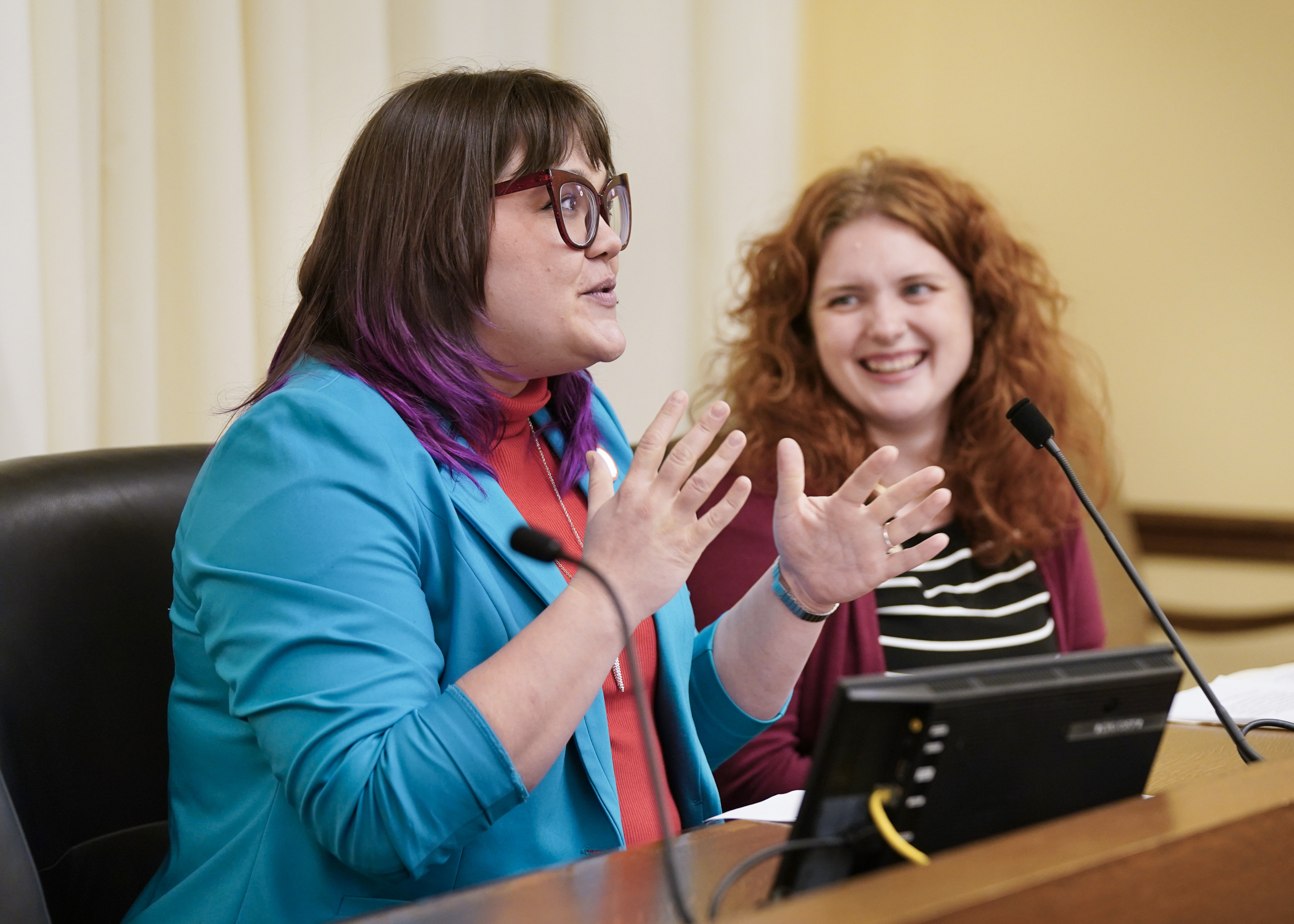 Rep. Sydney Jordan listens as Mandi Jung from the St. Paul Federation of Educators and Second Harvest Heartland testifies Wednesday in favor of HF5. The bill would provide free school lunch and breakfast for all students. (Photo by Catherine Davis)

Many students are going hungry in Minnesota schools. HF5, a proposal heard Wednesday in the House Education Policy Committee, is an attempt to rectify that pressing concern by instituting universal no-cost school meals statewide.

“Minnesota is a state that values education and wants to see every child succeed,” said Rep. Sydney Jordan (DFL-Mpls), the bill’s sponsor. But, according to Jordan, that goal is currently out of reach.

“When one in six Minnesota school children are trying to learn on an empty stomach, it’s past time for the Legislature to act.”

The committee approved the bill via a voice vote, sending it to the House Education Finance Committee.

Schools currently provide free and reduced-price breakfast and lunch to many students. However, these programs require families to be income qualified and lead to much paperwork on the part of school districts.

The bill would remove those barriers by requiring schools to participate in a federal program known as the Community Eligibility Provision. This program allows schools to provide meals to all students, regardless of family income.

Funds from the federal government reimburse most costs to school districts under CEP. The bill would require state funds to pick up the remaining tab.

Several testifiers spoke to the impact universal school meals would have on students in the school environment.

“Making sure that all students are fed in school is a fundamental component to” ensuring students are able to succeed and learn while at school, said Adosh Unni, director of Government Relations for the Department of Education.

The shame associated with being unable to afford lunch or having a negative account balance would also disappear for many students, according to Mandi Jung, a St. Paul science teacher. She further noted that oftentimes her students act out in class because they are hungry.

One amendment was offered by Rep. Krista Knudsen (R-Lake Shore). It would have opted to raise the income threshold to qualify for no-cost school meals rather than providing them on a universal basis. Following a brief discussion, it was defeated on a voice vote.

Following the failure of the amendment, Republican concerns regarding the bill were summed up by Rep. Peggy Bennett (R-Albert Lea), who said she would vote no “because the solution we are providing is a shotgun technique rather than a surgical approach.”