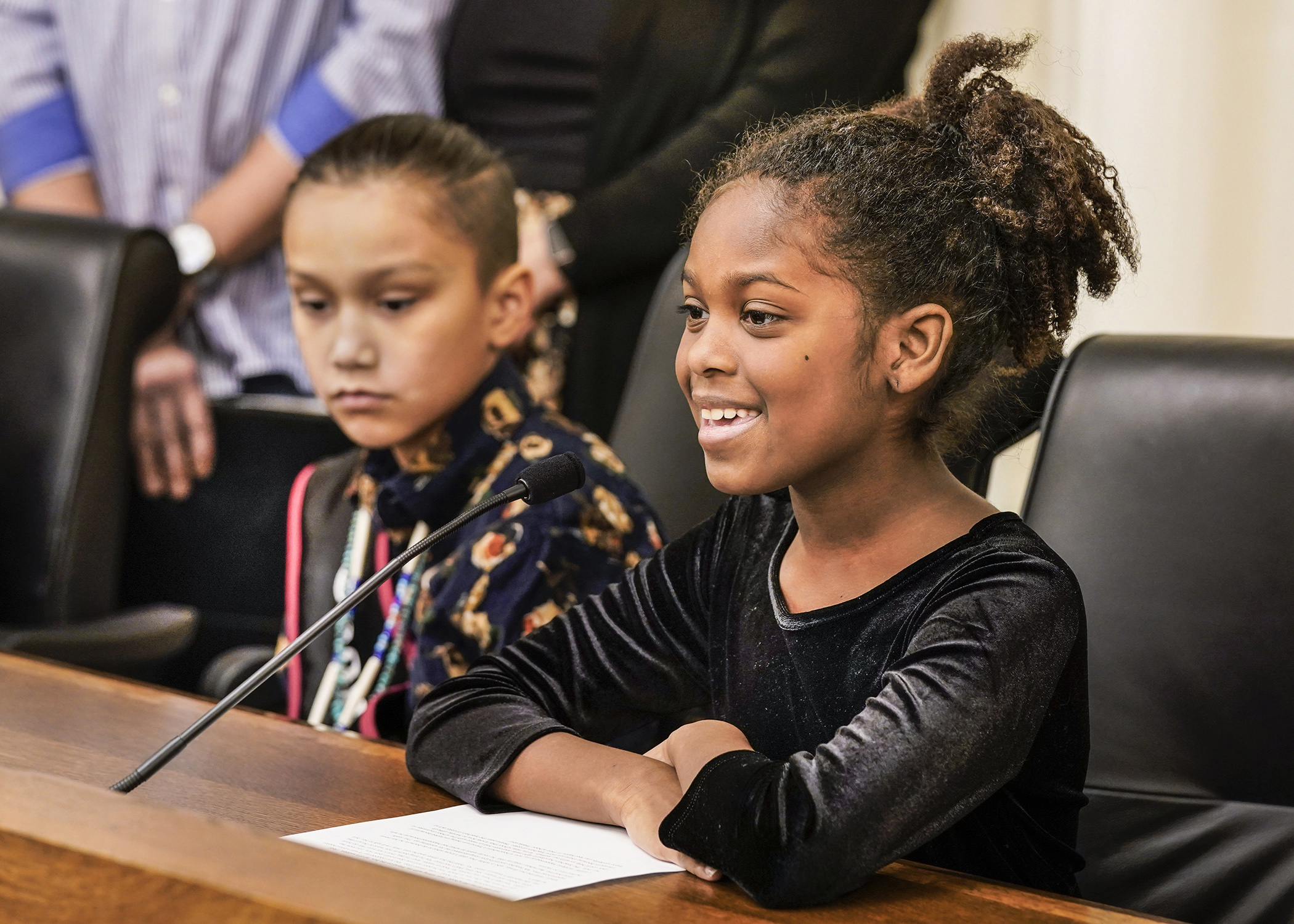 Azomali Obisakin a fourth-grade student at Riverview Elementary School, testifies before the House Education Policy Committee Jan. 18 in support of HF320 that would increase the percentage of teachers of color in Minnesota schools. (Photo by Catherine Davis

Thirty-seven percent of Minnesota’s K-12 students are students of color. And yet, many of these young minds have never been instructed by a single teacher of color.

Rep. Hodan Hassan (DFL-Mpls) is determined to change that with HF320.

For the third consecutive year, Hassan is sponsoring legislation dubbed the “Increase Teachers of Color Act” to address this gap.

Minnesota ranks the worst in the nation with disparities in education between white and students of color, Hassan said. “The proposed policies are essential to closing the persistent and unacceptable opportunity and achievement gaps.”

The bill had its first hearing Wednesday in the House Education Policy Committee. With only limited time on the docket, the bill was laid over and is expected to be back before the committee next week for further discussion.

Hassan believes representation matters in the classroom context, playing a key role in educational outcomes for students of color. Her goal is that by 2040 the state’s teaching workforce will reflect the racial makeup of the student population.

To that end, the bill would do several things. Certain licensure requirements would be amended; grants would be established and funded to hire more teachers of color; and a goal of increasing the number of teachers of color by at least 2% each year would be made explicit in state statute.

In addition to taking steps to diversify the teaching profession, the bill contains provisions that would expand ethnic studies curricula and prohibit schools from using American Indian names or symbols as mascots.

However, the focus of the hearing lay squarely on the lack of teachers of color across the state and the impact this has on students of color.

Sarah Lancaster, a first-grade teacher in Onamia, said she is the only licensed teacher of color in her school district and that she had no teachers of color as a child. This affects the ability of students of color to feel at home and engaged in the classroom.

“At my new school, they know how to handle difficult situations because there are more teachers of color,” said Azomali Obisakin, a fourth-grade student. Having experienced racially motivated bullying, Obisakin asked the committee to pass the bill “so more students can feel happy in their school.”