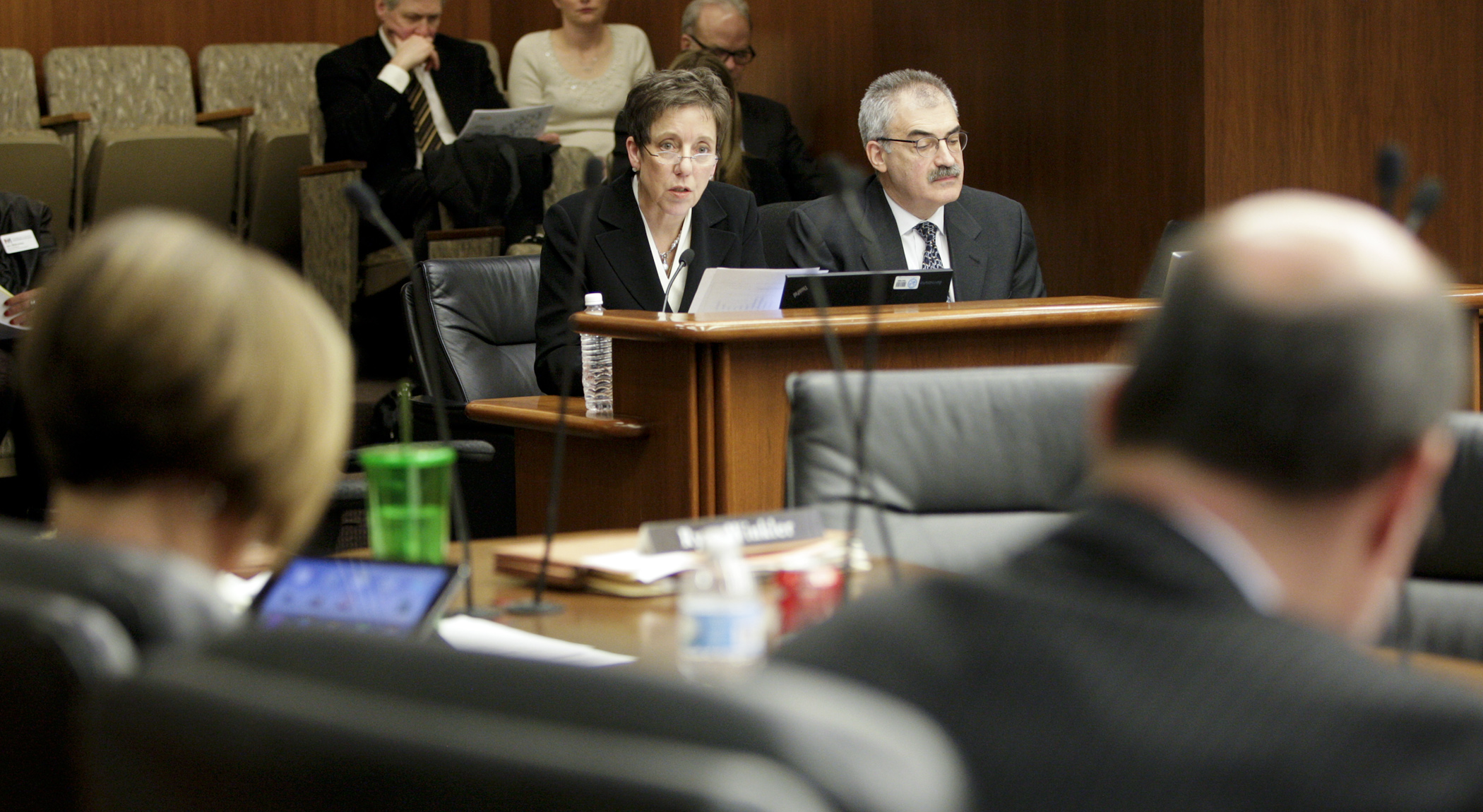 Officials from the Minnesota State Colleges and Universities (MnSCU) system say they are realistic that the percentage of state dollars that fund their 31 colleges and universities will likely not return to levels of support that their campuses and students experienced in the early 2000s.

But Chancellor Steven Rosenstone proposed a 50/50 split to the House Higher Education Policy and Finance Committee on Tuesday during his presentation of MnSCU’s 2016-17 budget request.

No action was taken.

System representatives are asking legislators for an additional $142 million in appropriations for the 2016-17 biennium to help cover the cost of inflationary increases in operating costs, personnel costs and a tuition freeze for all of its 264,000 students enrolled in credit-seeking courses.

“We want to avoid asking students for another tuition increase,” said Laura King, MnSCU vice chancellor of finance. “We are not asking to return to the 2002 levels of budget support, but we are asking to move closer toward a 50/50 formula of state support and tuition.”

In 2002, state appropriations accounted for nearly two-thirds of MnSCU’s revenue to offset expenses, while the remainder was covered by tuition.

State dollars for MnSCU operations steadily dwindled down to 39.6 percent accounting as a portion of revenue in 2012. In 2014, state appropriations as a percentage of revenue increased to 43.9 percent. King said MnSCU’s 2016-17 request would get increase that percentage to 47.5 percent.

“That would enable us to hold down tuition while continuing to protect access to high quality education across the state,” she said.

Rosenstone emphasized that the college system has been challenged by a drop in enrollment over the last three years among its credit-seeking students. He said a recovering economy is a major reason for that drop, but added that individual colleges have worked hard to trim their budgets where necessary to reflect enrollment figures.

MnSCU students received a tuition freeze during the last biennium. If they were to receive another one in 2016-17, such savings would amount to nearly $2,000 over four years for students receiving bachelor degrees and about $500 for students at two-year colleges, King said.

During the presentation, Rosenstone and King fielded several questions regarding how they planned to factor into the budget request MnSCU leadership’s upcoming round of salary negotiations with unions representing nearly 93 percent of MnSCU faculty and staff. MnSCU’s current contract with its faculty is set to expire on June 30.

King said MnSCU plans to begin negotiations with union representatives for its faculty this spring.

“Call me pessimistic, but I wish there was some type of safeguard we could put in place that we could actually safeguard the contracts at those amounts,” said Rep. Glenn Gruenhagen (R-Glencoe).