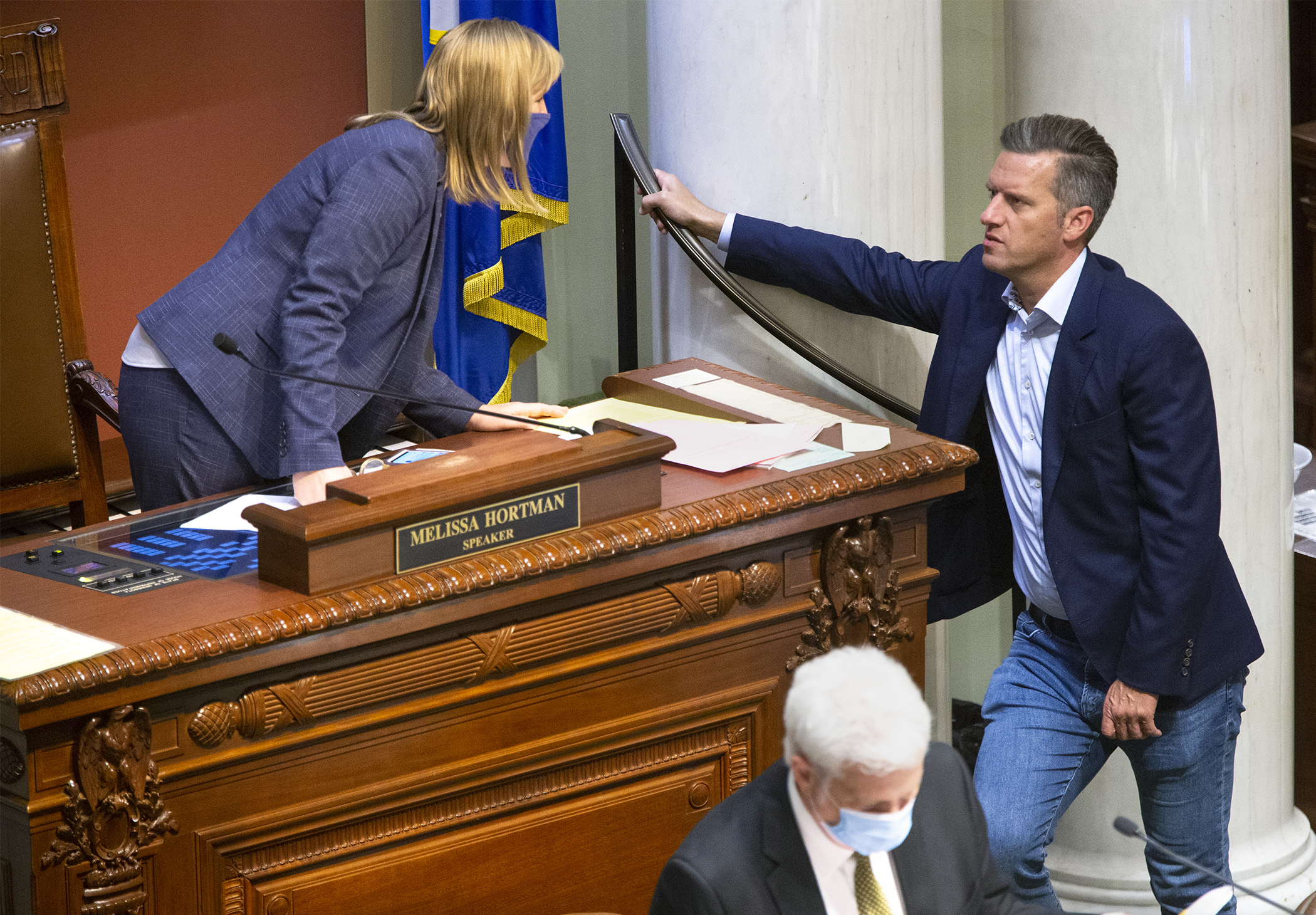 A $1.8 billion package of public construction projects and tax cuts did not receive enough support to pass off the House floor early Tuesday morning.

Members voted 75-57 in favor of SSHF3, as amended, which needed a three-fifths majority – 81 votes – to pass because it would have used $1.35 billion in general obligation funds to pay for capital improvements around the state.

All 75 House DFL members voted in favor of the bill, but no House Republicans joined them.

House Minority Leader Kurt Daudt (R-Crown) called the vote a “dog-and-pony show” because he said his caucus had been excluded from negotiations and DFL leaders knew the bill didn’t have enough votes to pass.

Daudt said in May that House Republicans would not vote for a bonding bill until Gov. Tim Walz gives up the emergency powers he has been using to issue executive orders during the COVID-19 pandemic. Daudt objected to the powers again during the floor debate and several provisions in the bill as well.

“Instead of restoring the Legislature’s role as a co-equal branch and crafting a bonding bill that can earn support from House Republicans, Democrats continue to push a bill that includes several poison pills that they know are non-starters for our caucus including Bottineau Light Rail language and funding for a train to Duluth,” Daudt said in a statement.

Rep. Mary Murphy (DFL-Hermantown), the sponsor of SSHF3, said the bill would address the needs of the state by making investments in clean water, a healthy environment and roads and bridges.

“We will be building a better future for all Minnesotans if we vote for the bill,” Murphy said.

In addition to the general obligation funding, the bill also contained $300 million in trunk highway bonds to be used for a number of purposes including rail grade separations, state highway construction and Department of Transportation facilities capital improvements. And there were another $147 million in appropriation bonds, with $100 million to be used for housing infrastructure to buy and build multi-family rental housing for low-income households.

The tax provisions in the bill are largely taken from an omnibus tax bill sponsored by Rep. Paul Marquart (DFL-Dilworth) that was heard by the House Taxes Committee during the regular session. They include a measure that would retroactively allow full section 179 expensing on like-kind exchanges for tax years 2018 and 2019, which would help farmers and small businesses.

Daudt said the House may have another opportunity to pass a bonding bill in August when Walz is expected to call another special session if he again extends his peacetime emergency powers.

“We’ll be back here in three weeks and hopefully we can try again then,” Daudt said.